Rap on Trial [Part 3]: Why the Evidence vs Young Thug and Gunna Endanger the Constitutional Right to a Fair Trial 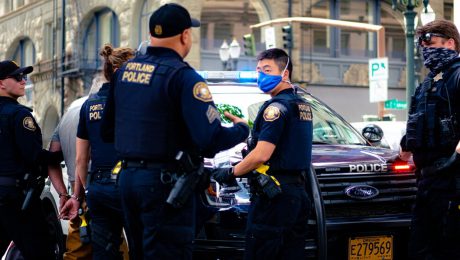 Although the two key legislative fixes proposed against rap on trial emerged from entertainment capitals, namely New York and California, the unfair practice takes place across the country in disconcerting numbers. The Georgia arrests of Young Thug and Gunna in May 2022 serve as a grim reminder of how widespread the practice has become of utilizing rap lyrics as confessions with scant other evidence. Young Thug and Gunna were both listed in a 56 count grand jury indictment with the overarching charge being alleged gang activity. The prosecutorial evidence brought forth largely relies on lyrics, music videos, and the social media activity of the two rappers and their associates, which do nothing to establish a viable link between the rappers and the crimes committed.

In the wake of the charges, many prominent rappers including Killer Mike, DJ Khaled, Polo G, and Post Malone have spoken out against the freedom of speech violation the lack of evidence present.

Court documents claim that the artists’ lyrics tie them to the alleged gang “Young Slime Life” and serve as “overt acts” to further the criminal activity of the gang. In essence, prosecutors are accusing Young Thug of organizing and leading a group of people to commit crimes, which include theft, murder, and criminal street gang activity. The evidence that ties it all together is merely lyrics, social media posts, and music videos. In response, Gunna’s attorneys state

“[i]t is intensely problematic that the State relies on song lyrics as part of its allegations. These lyrics are an artist’s creative expression and not a literal recounting of facts and circumstances.”

Less prominent artists in Mississippi, Maryland, Pennsylvania, and Louisiana (just to name a few) have been arrested and convicted in a similar manner.

In 2014, Gary Bryant Jr., a budding rapper, faced similar allegations in a murder trial. The prosecution used his lyrics and music videos to paint him as a violent man. The prosecution even brought in an “expert” witness, who claimed that displaying the hand sign “B” in his music videos was conclusive evidence of his association with the Broad Day gang – despite no other evidence. The same witness further translated common rap slang incorrectly, resulting in further bias against the defendant. In 2021, after the passage of the CRJA, Bryant’s lawyers are requesting a new trial, arguing that the use of Bryant’s rap lyrics in trial caused the jury to be racially biased against him.

The CRJA prohibits the state from pursuing criminal convictions on the basis of race, ethnicity, or national origin in any manner, including implicit racial bias. If a defendant can prove such discrimination took place, the court can react in the following ways:

Admittedly, the implementation of the CRJA hasn’t been a completely smooth process so far. Firstly, the CRJA prohibits disparities in charging and sentencing across different races. One problem so far has been the lack of data stored by district attorney’s offices. In some cases, the data may be stored by an outside organization that claims it is under an agreement which prohibits releasing this information. Secondly, the CRJA uses “similarly situated” to define how to determine disparities. This wording has been used by courts to narrow the scope of the law by interpreting it to mean finding virtually identical cases to that of the defendant’s.

Third, the CRJA’s prohibition of racially discriminatory language “does not apply if the person speaking is describing language used by another that is  relevant to the case.” Thus, in the case of rap on trial, prosecutors have argued that lyrics and videos made by the defendant do not violate this clause. Lastly, the CRJA is only applicable to judgments made after January 1st, 2021 and California Assemblymakers have been pushing for retroactive usage which would benefit countless individuals whose prosecutorial process falls clearly within these parameters of abuse.

At the end of the day, rap on trial is just one version of stereotyping in courts, a broad approach such as this will resist any other reincarnation of using hobbies, self-expression, and identity markers for such purposes. Taking a federal approach to California’s CRJA is a much needed step in the right direction to steer the legal system away from the [brewing] culture of partial prosecutions which curate juror perceptions beyond the evidence but rather ensure the right to a fair trial and the presumption of innocence until proven guilty is true for all Americans regardless of hobby, self-expression, or identity marker.

Buket is a Spring 2022 legislative advocacy intern at the Law Firm of Lawson McKinley exploring projects connected to local state and federal music related legislation. Buket Urgen is a 2022 graduate of University of Georgia in the Music Business Certificate program, majoring in International Affairs. Urgen most recently served as chief of staff for Georgia congressman Spencer Frye assisting with policy and research.